Our new activity for our 2019 Sports day – beach ball relay

Active Schools Week took place form the 10th to the 14th of June.  Pupils enjoyed a variety of sports & activities throughout the week.  Tracksuits replaced uniforms for students and teachers.  Active Homework was given.  As a school, we signed up for The Daily Mile programme (www.thedailymile.ie) to complete the Daily Mile Challenge.  We also engaged with The Irish Heart Foundation who donated skipping ropes and a booklet of games and activities to complete our Skipathon.  Pupils were encouraged to bring in €1 as sponsorship for The Irish Heart Foundation.  A whole school donation will be made on behalf of all the pupils who brought in money for the charity.  Project Homework based on famous Sports Persons/ Sporting traditions in other countries were completed in the run up to Active Schools Week.

An incredible amount of time and effort went into these projects which are proudly displayed in the PE Hall and on the corridors.  Pupils in the younger classes brought in medals and trophy’s for Show & Tell.

Here is our Sports Day 2019 Timetable 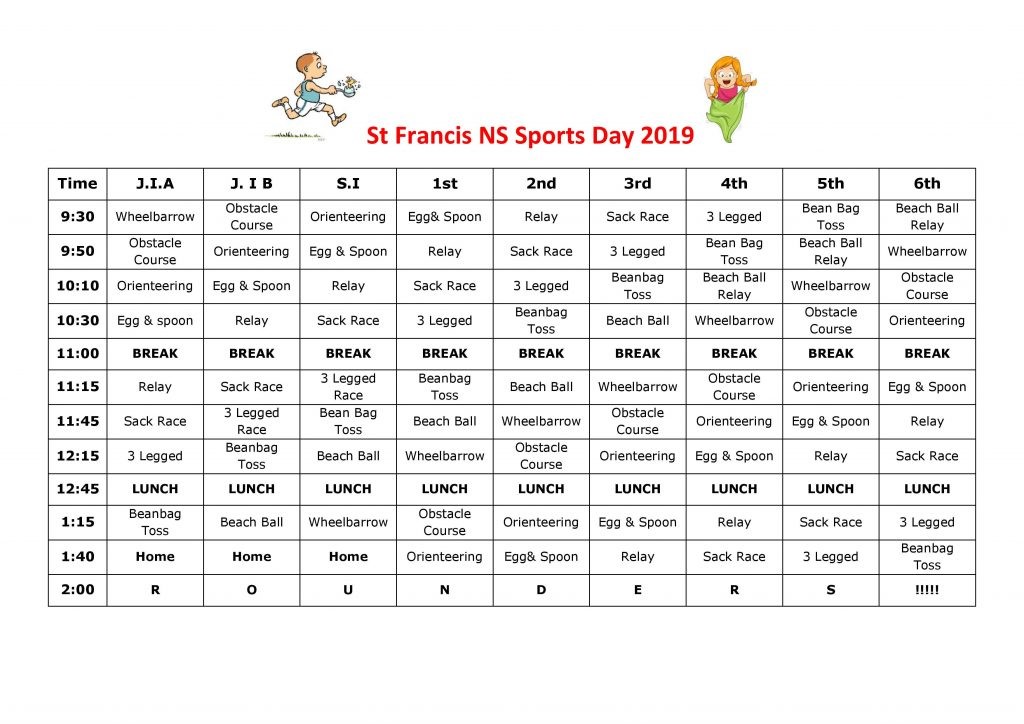